This is the second article of a short series about the Resilience4j library. If you are not familiar with the library itself, please read this first. Also, I want to discuss specific implementation details of the circuit breaker pattern inside Resilience4j, so if this pattern is new for you, check out this wonderful article about the main concept behind it.

Currently, the most popular circuit breaker implementation on JVM is Hystrix, but of course, it has its own limitations and capabilities dictated by its core design. Resilience4j is built with other design priorities in mind, so while the main pattern remains the same, some features are different.

In Resilience4j, the circuit breaker is implemented via a finite state machine with three states: CLOSED, OPEN, and HALF_OPEN. Each state has its own, independently configurable, metrics storage, used to track failure rate and check it against a configured threshold. 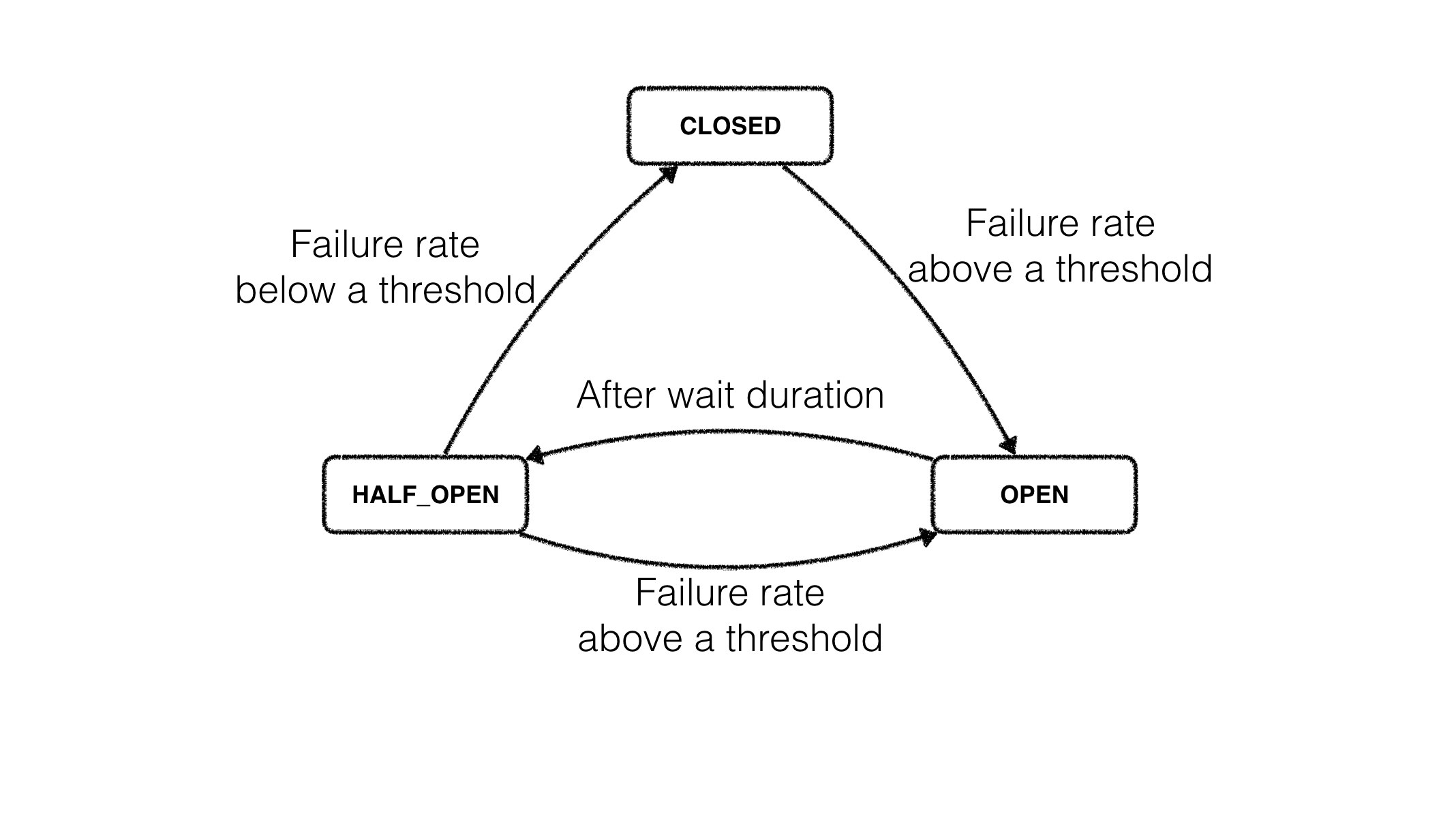 As you can see from the example, you can protect any functional interface with no need to implement some library specific interfaces like HystrixCommand. Other key differences from Hystrix is that there is no separate thread pool to execute your operations. All operations will be executed within the current thread, so you have more granular control over resources or use our circuit breaker in a non-blocking style within actors/coroutines/fibers, etc.

So we have only two main problems to solve:

All transitions' logic is encapsulated within the CircuitBreakerStateMachine class, it has

so the atomic transition can be implemented like this

CircuitBreakerState is an abstract class with 3 implementations

As you can see, all of them have a CircuitBreakerMetrics instance, as that is a place where all failure rate tracking happens. You can actually configure the number of executions and compare the result against a configurable threshold for each state separately. CircuitBreakerMetrics should be updated after each operation execution. Potentially, these updates can happen from different threads, so it can easily become a bottleneck.

Store Thousands of Operations' Statuses and Not Blow Up the Heap

Unlike the Hystrix implementation, the Resilience4j circuit breaker is not time-related, you can configure it to calculate the current failure rate upon the last N recorded operations. We are using a RingBitSet data structure to store successful calls as 0 bit and failed calls are stored as 1 bit. 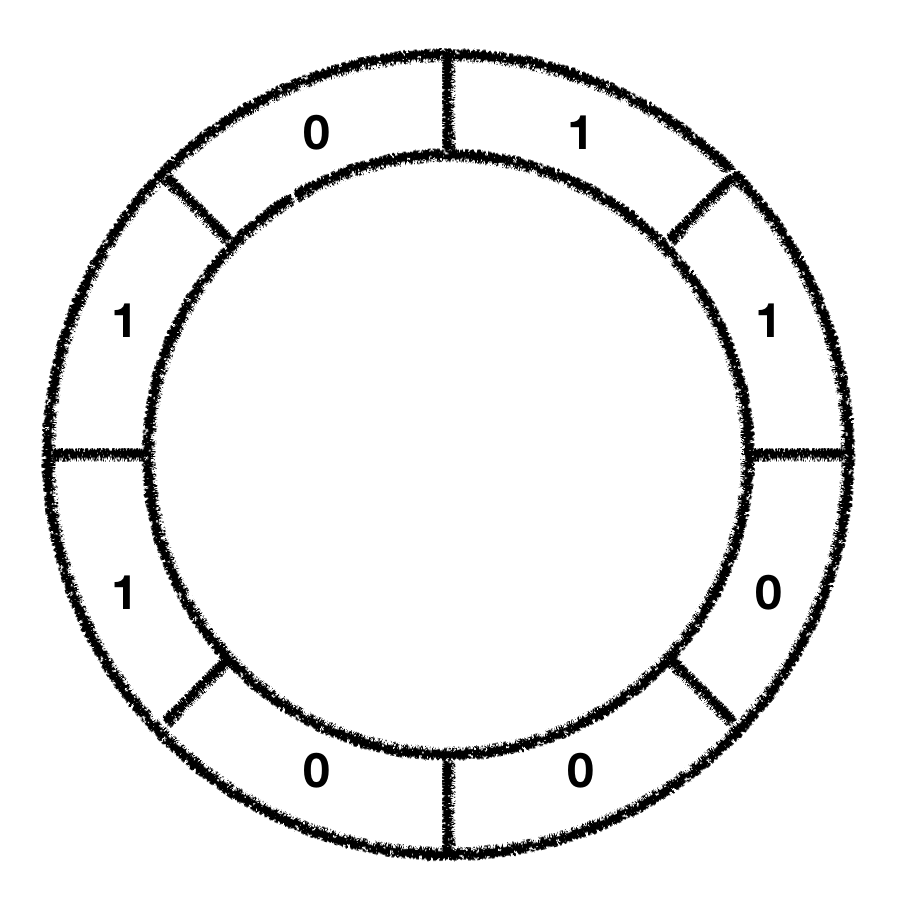 RingBitSet has a configurable size and uses a modified version of BitSet to store the bits which are saving memory, compared to a boolean array. The BitSet uses a long[] array to store the bits. That means that the BitSet only needs an array of 16 long (64-bit) values to store the status of 1024 calls.

In our first implementation, we've used BitSet from the standard library and it gave us reasonable performance, with a few consecutive operations of BitSet::set, BitSet::cardinality and CircuitBreakerState::checkFailureRate. But we've decided to optimize these operations even further, just to be sure that we're introducing as little overhead as possible.

And this is a place where we created a small modification of standard BitSet implementation. The key differences are:

After all changes,  the following methods

were replaced by one method that can return the previous state of the target bit:

This simple tricks made us free from cardinality recalculations and now our circuit breaker update operations have O(1) complexity.