Last year, AWS announced the renaming of Amazon Elasticsearch Service to Amazon OpenSearch Service, with OpenSearch being the successor to the distributed search and analytics cluster service.

Why Did Amazon Change From Elasticsearch to OpenSearch?

The updated policy is available in the official documentation.

When you create an OpenSearch domain, you are creating a cluster. This cluster is composed of several EC2 instances, which are equivalent to a node. Each node stores data and processes query requests.

For productive environments, there are master nodes that manage the operations of the nodes. They manage the status, health of each node, and shards distribution.

However, you won't see any EC2 instances in the EC2 service. This is because OpenSearch Service is a managed service (SaaS) by AWS. For that reason, you will only be able to edit the cluster configuration (number of nodes, instance types, etc.).

4.  Open the file values.yaml and apply the following configuration:

Sets the domain endpoint of the Amazon OpenSearch service as the value for the opensearchHosts parameter. You can get it from the General Information panel:

5.  Then set the name and the version of the OpenSearch Dashboards docker image. The following example uses the official image obtained from Docker Hub but you can use one from a private repository (ECR, Artifactory, NexusOSS...).

6.  Define the name of the secret which contains the username/password credentials created in the previous steps to link it to the dashboard:

7.  Finally, as an optional step, you can configure your ingress to enable external service to the pod. In the following example, Traefik has been used as a reverse proxy and balancer in the cluster.

In case you don't want to configure this part, you can enable access from your local environment using the command. After running the following command, you will be able to check the dashboard access from localhost:8080 (Must be deployed first).

Once the helm chart has been configured with the correct values, it is time to open a terminal at the same level as the values.yaml file and execute helm install to deploy the OpenSearch Dashboard chart in your EKS cluster.

After a few seconds, you will see that it has been successfully deployed and you will be able to access the OpenSearch dashboard from the browser: 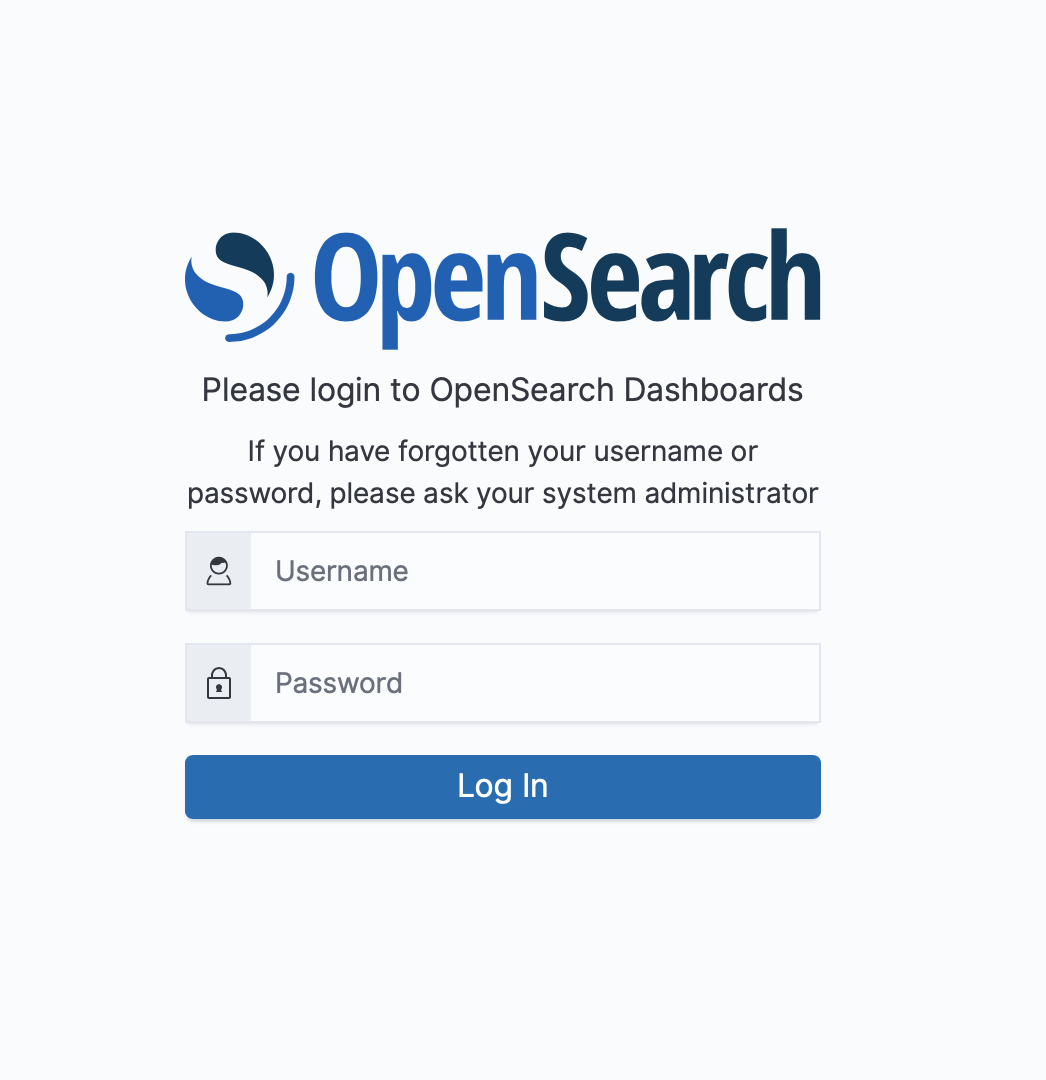 Now, it will be time to synchronize with the domain indexes and start visualizing and processing the data.