cornu’s spiral is the curve parameterized by: 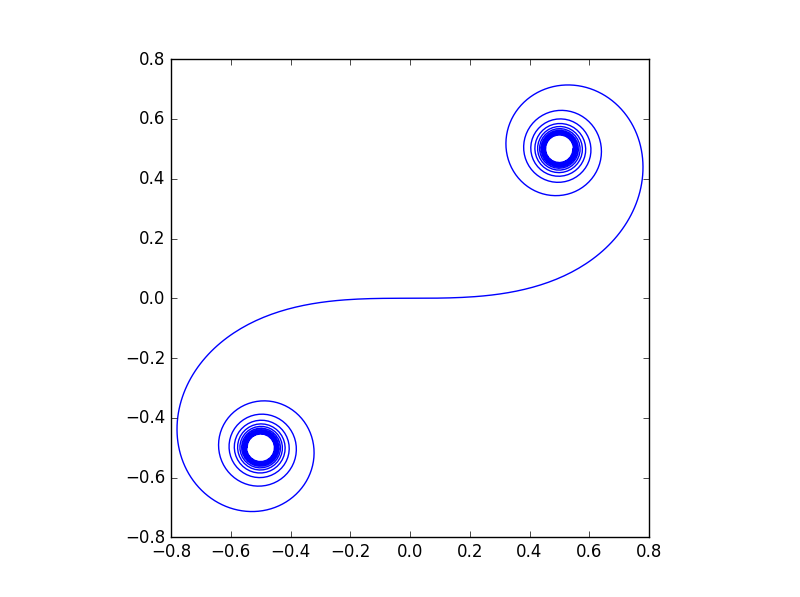 here’s the python code used to make the plot:

the scipy function fresnel returns both fresnel functions at the same time. it returns them in the order ( s , c ) so the code reverses the order of these to match the cornu curve.

one interesting feature of cornu’s spiral is that its curvature increases linearly with time. this is easy to verify: because of the fundamental theorem of calculus, the fresnel functions reduce to sines and cosines when you take derivatives, and you can show that the curvature at time t equals π t .

cornu’s spiral was actually discovered by euler. cornu was an engineer who independently discovered the curve much later. perhaps because cornu used the curve in applications, his name is more commonly associated with the curve. at least i’ve more often seen it named after cornu. this is an example of stigler’s law that things are usually not named after the first person to discover them.