Before deploying the application to Docker,  make sure you have installed Docker. In this example, we have used Docker Community Edition (Docker CE) on Windows OS. How to install docker on Windows/MacOS/Linux. We can also use Alpine Linux image, as it provides a minimal Linux environment to deploy and run the application. There are a few Docker commands to manage your application. The below sample command and screen shot shows how to check the version of your installed Docker engine.

What We Need to Deploy a Spring Boot application in Docker

First, we need to create an Image file for our application. Docker images are an important component for working with the Docker engine. Docker provides a Docker Hub, which is a library and community for container images. We can use Docker Hub to get the most common images. In the below project structure, we have created a "Dockerfile.txt". If you put this Dockerfile into the class path, then the Docker engine will automatically identify and load this file. Dockerfiles' names are very sensitive, so you must follow the naming convention as mentioned in the below screen shot. Docker reads commands/instructions from "Dockerfile.txt" and builds the image.

The below Dockerfile contains the commands to create the image. Actually there are many commands used for different purposes. Here we have used a few commands as per our needs. 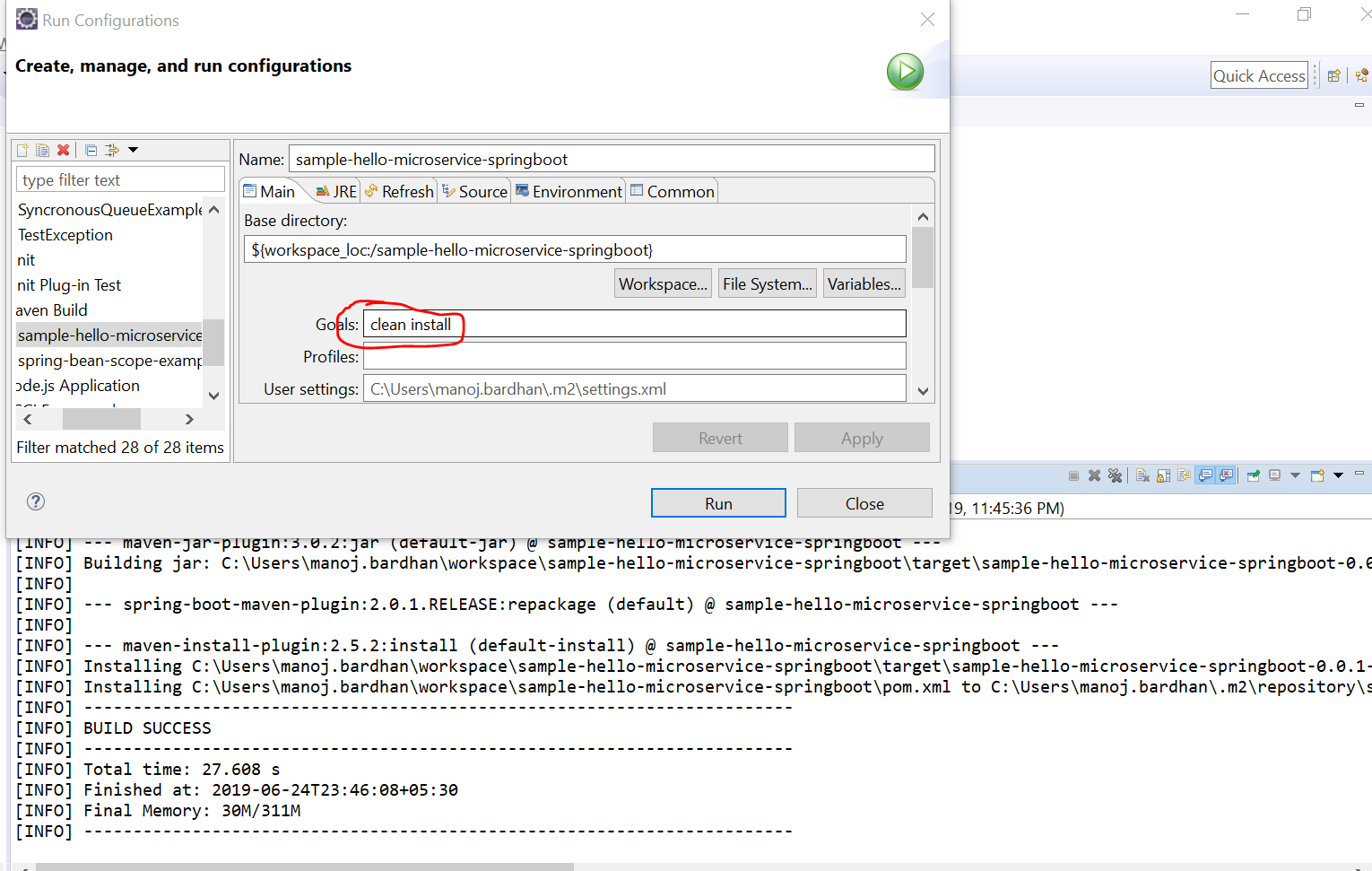 Now we can see the below jar has been created. 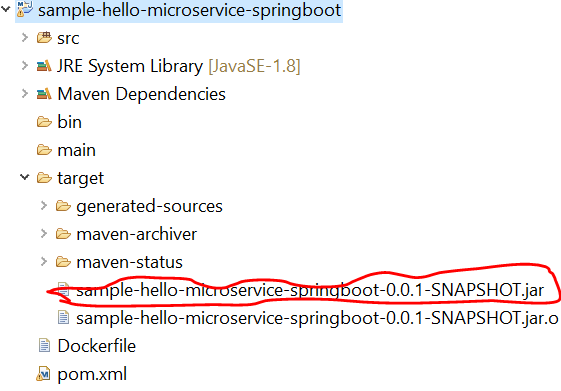 Create a Docker image file. The below command is used to create the image file.

As per the above screenshot, it seems we have created the Docker image successfully. You can check the created image by using the "docker images" command.

Now, our image file is ready. We can push this image to Docker by using the below command. 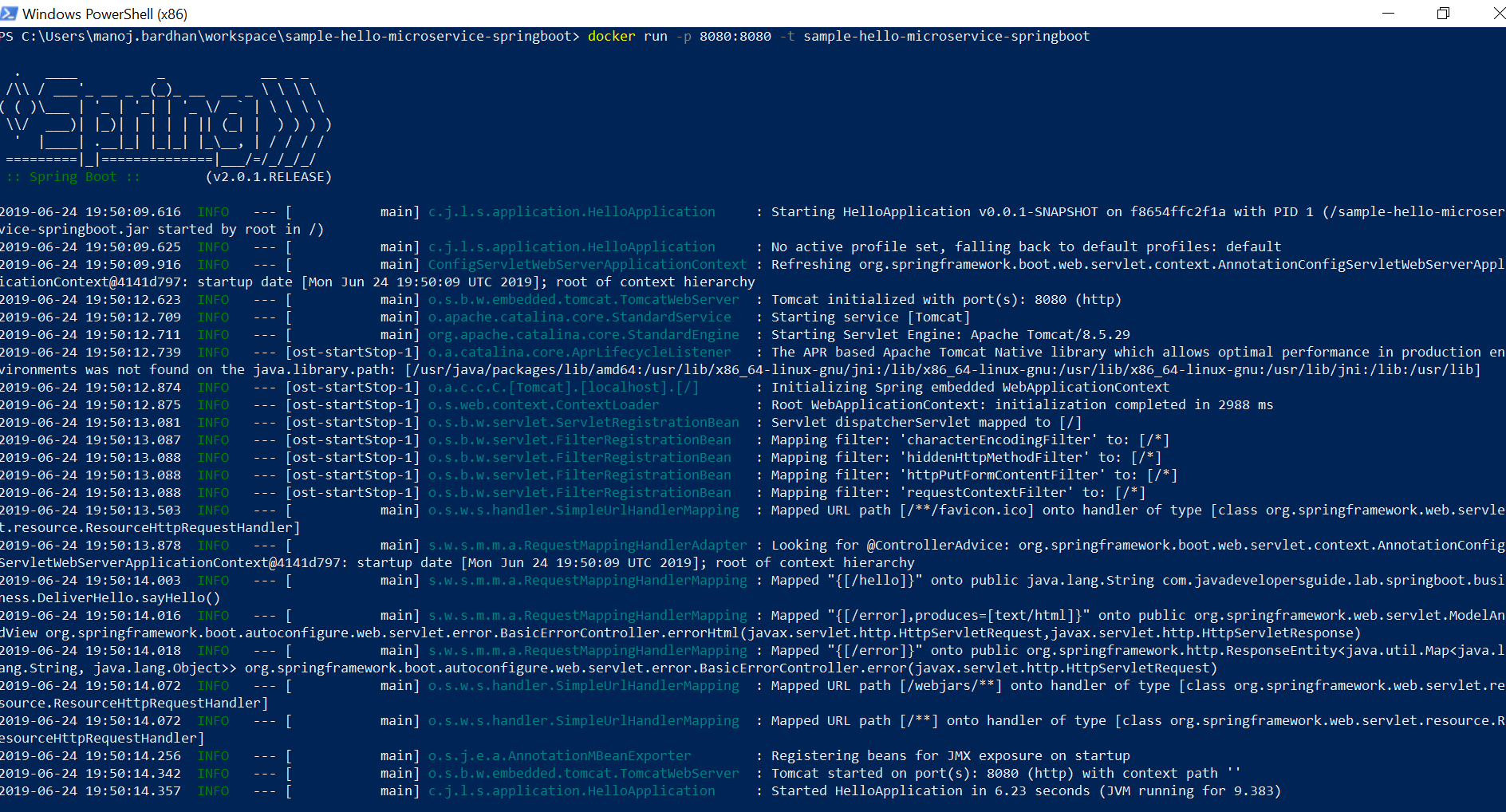 Now our microservice has been deployed to Docker and its exposed on port 8080 as per our configuration in the Dockerfile. We can check the running container and its status.

Now we can also access from browser as below.

Below are a few more useful commands:

There are many commands with help options to get the help about each command. Read more.