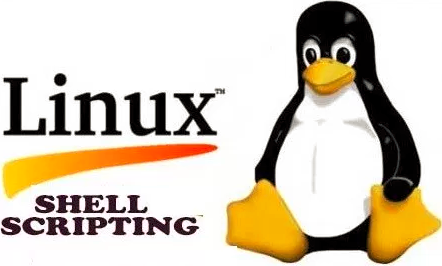 the best way to learn shell scripting is to fall in love with the command line. functions in shell script play an important role for re-usability.

what are functions in shell script all about?

there will be cases where you need to execute a block of code that achieves a specific procedure several times in different places in your shell script. shell functions are like subroutines, procedures, and functions in other programming languages.

why functions in shell script?

• it helps us to reuse the code.
• improve the readability of the program.
• efficient use of variables inside the program.
• allows us to test the program part by part.
• displays program as a bunch of sub-steps.

let’s have some shell script examples:

in this example, we are going to write a very small function that prints a line with “----”

let’s understand the above:

note: the 1 and 2 in the above are local variables and thus, are not accessible to other parts of the script aside from the function where the parameters are being passed.

the echo $1 and echo $2 in the last two lines of our script have no display since the interpreter does not recognize both variables because they are both local to the myfunction.
let’s get into this more clearly by taking one more example:
we are going to write a function that estimates the length of a string. the string will be provided to the function as an argument. let’ see how this will look like.
hmmm…before that, why not we enhance some useful commands in the linux ?
" wc -l " : counts the number of lines
" wc -w " : counts the number of words
" wc -m " : count the number of characters

length=`echo -n $1 | wc -m`
the argument passed to the function $1 is printed using the echo command with the option –n that prevents echo from inserting newline character at the end.
the output of the command echo –n $1 is piped into the input stream of the command wc –m (which counts the characters in its input).
the result of the above composite statement echo -n $1 | wc -m is assigned (by using backticks ‘ ‘) to the variable length.

line 7: reads an input string from the user, and assigns it to the variable str .
line 8: calls the string_length function and passes the variable str to it. the result of calling the function is estimating the length of str and storing the calculated length in the variable length.
line 9: prints the result to the user.

bash function can pass the values of a function's local variable to the main routine by using the keyword return. the returned values are then stored to the default variable $? let’s take an example:

note: shell scripts can only return a single value.

now enhance this recursive function with a factorial example:

result=1 : this line initializes the variable result to 1.
factorial_function : declares the factorial function.
the function body staring delimiter {
if [ $1 -gt1 ]; thenchecks whether the argument provided to the function is greater than 1.
if so, the following two lines are executed:

after the function has been declared, this is again the main script code:
factorial $1

1. first, the result variable is set to 1.
2. the interpreter encounters the function definition.
3. the function is called with an argument 4. the control is transferred to the function that works as follows:

a) the argument (which is now 4) is checked if it is greater than 1 (which is case). if so, the following two lines are executed:

i) the usual accumulative multiplication operation is done: result is multiplied by the argument $1, and the result is stored in the variable result.
ii) the factorial function is called “recursively” and passed 3 as an argument. the control is transferred again to factorial function whose argument now is 3.

4. the control is back to the main script, and the first line after the function call is executed (which is the echo command that prints the result to the user).

we have talked about functions in linux shell scripts. a function is a block of code that achieves a specific task. functions can take argument(s) or called without arguments at all. we have illustrated our talk with examples.

please write comments if you find anything incorrect, or you want to share more information about the topic discussed above.?