Read/write splitting is a technique to route reads and writes to multiple database servers, allowing you to perform query-based load balancing. Implementing this at the application level is hard because it couples code or configuration parameters to the underlying database topology. For example, you might have to define different connection pools for each server in the database cluster.

MariaDB MaxScale is an advanced database proxy that can be used as a read/write splitter that routes SELECT statements to replica nodes and INSERT/UPDATE/DELETE statements to primary nodes. This happens automatically without having to change your application code or even configuration—with MaxScale, the database looks like a single-node database to your application.

In this hands-on tutorial, you’ll learn how to configure MariaDB database replication with one primary and two replica nodes, as well as how to set up MaxScale to hide the complexity of the underlying topology. The best part: you’ll learn all this without leaving your web browser!

Play With Docker (PWD) is a website that allows you to create virtual machines with Docker preinstalled and interact with them directly in your browser. Log in and start a new session. 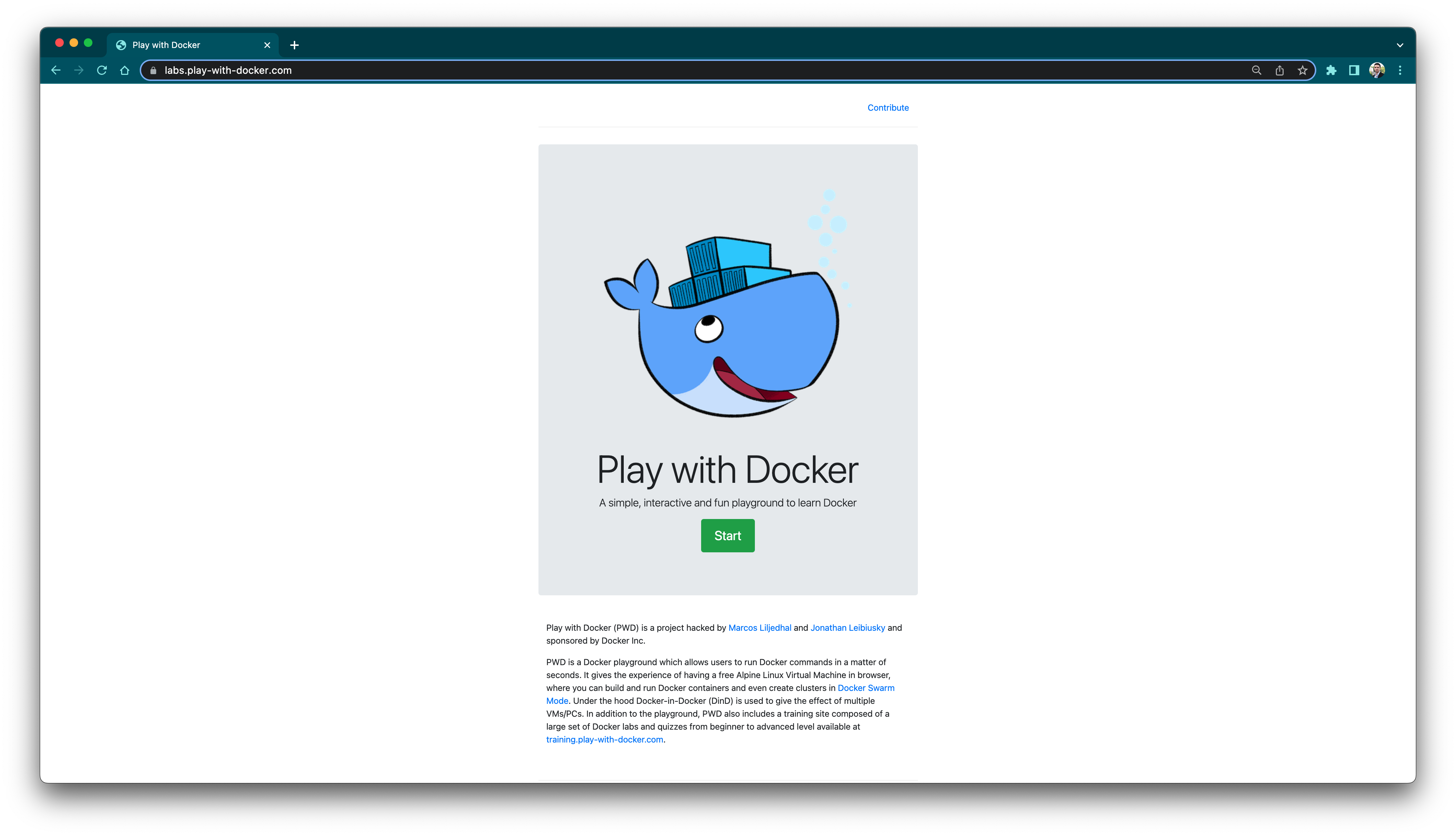 You will use a total of 5 nodes: 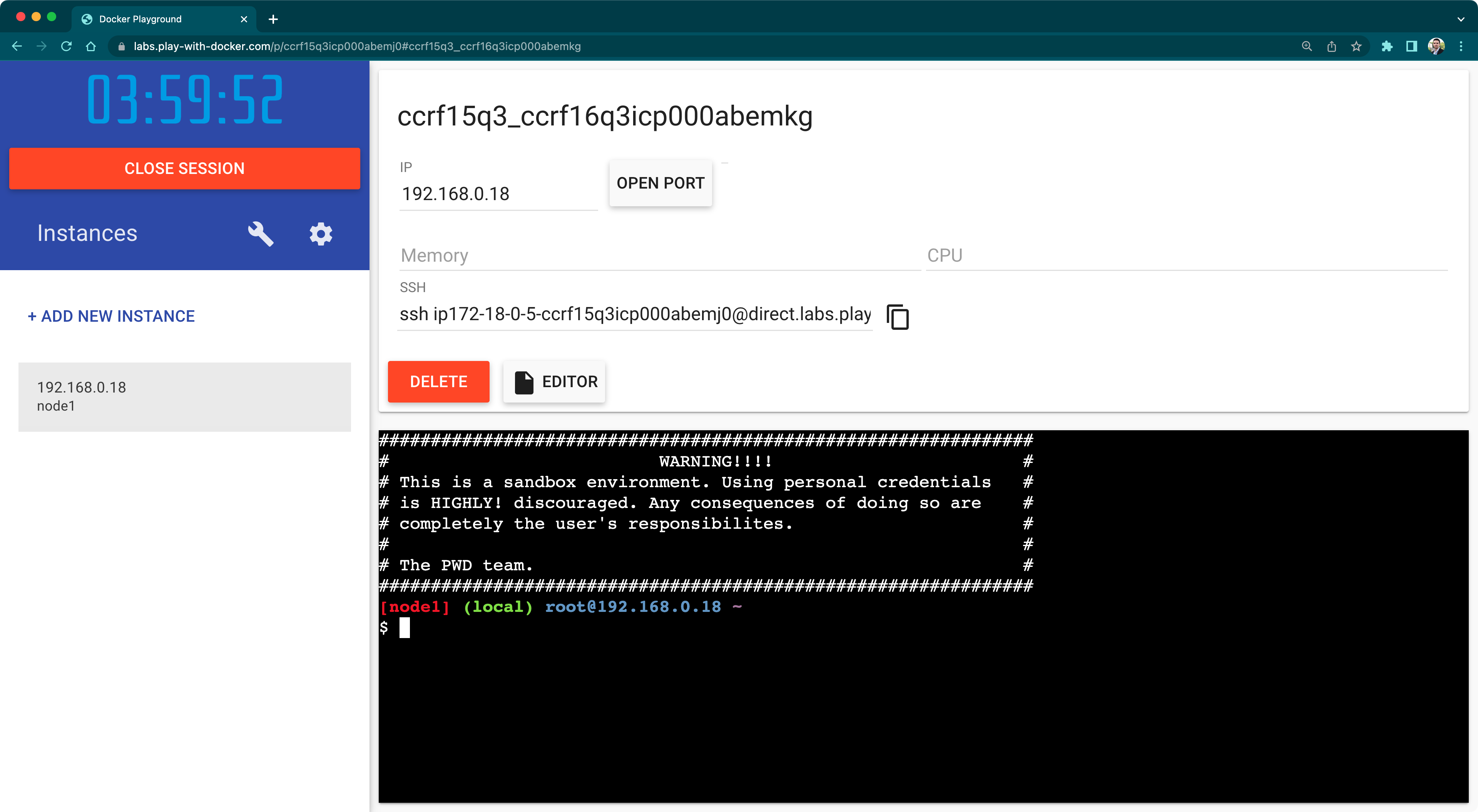 On node1, run a MariaDB primary server as follows:

This configures a container running MariaDB Community Server with a database user for replication (replication_user). Replicas will use this user to connect to the primary.

Create two new instances (node2 and node3) and run the following command on both of them:

Now you have a cluster formed by one primary node and two replicas. All the writes you perform on the primary node (node1) are automatically replicated to all replica nodes (node1 and node2).

MaxScale is a database proxy that understands SQL. This allows it to route write operations to the master node and read operations to the replicas in a load-balanced fashion. Your application can connect to MaxScale using a single endpoint as if it was a one-node database.

Create a new instance (node4) and run MaxScale as follows:

You can configure MaxScale through config files, but in this tutorial, we’ll use the command line to make sure you understand each step. In less ephemeral environments you should use config files, especially in orchestrated deployments such as Docker Swarm and Kubernetes.

Launch a new shell in node4:

You need to create server objects in MaxScale. These are the MariaDB databases to which MaxScale routes reads and writes. Replace <NODE_1_IP_ADDRESS>, <NODE_2_IP_ADDRESS>, and <NODE_3_IP_ADDRESS> with the IP addresses of the corresponding nodes (node1, node2, and node3) and execute the following:

Next, you need to create a MaxScale monitor to check the state of the cluster. Run the following command:

Note: Don’t use the root user in production environments! It’s okay in this ephemeral lab environment, but in other cases create a new database user for MaxScale and give it the appropriate grants.

Now that MaxScale is monitoring the servers and making this information available to other modules, you can create a MaxScale service. In this case, the service uses a MaxScale router to make reads and writes go to the correct type of server in the cluster (primary or replica). Run the following to create a new service:

Finally, you need to create a MaxScale listener. This kind of object defines a port that MaxScale uses to receive requests. You have to associate the listener with the router. Run the following to create a new listener:

Notice how the listener is configured to use port 4000. This is the same port you published when you run the Docker container.

Check that the servers are up and running: 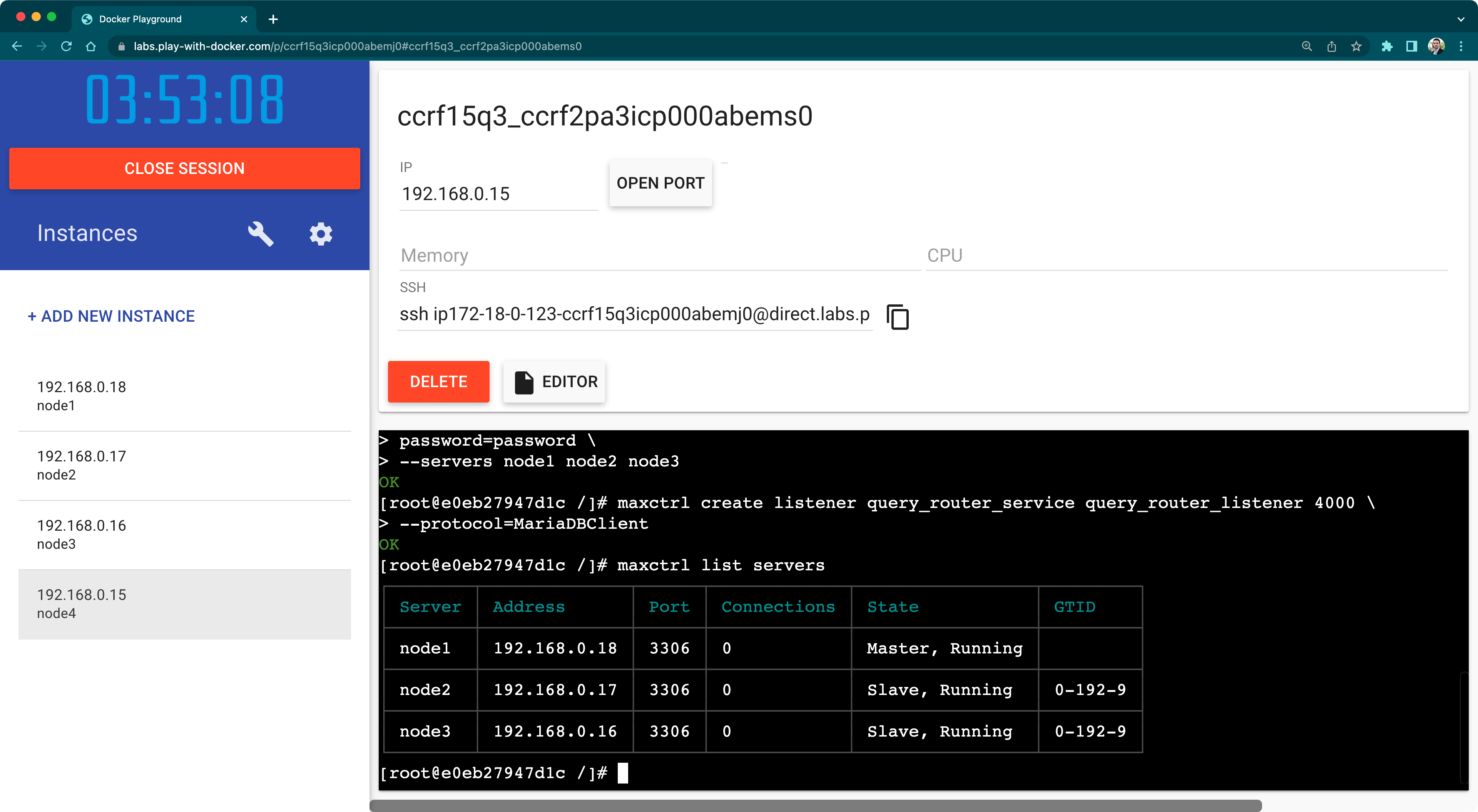 To test the cluster, create a new instance (node5) and start an Ubuntu container:

This container is equivalent to, for example, a machine that hosts a web application that connects to the database. Run a new Bash session in the machine:

Install the MariaDB SQL client so you can run SQL code:

Connect to the database, or more precisely, to the MaxScale database proxy:

As you can see, it’s as if MaxScale was a single database. Create the following table:

We want to insert rows that contain the unique server ID of the MariaDB instance that actually performs the insert operation. Here’s how:

Run the previous query several times. You should get a result like this: 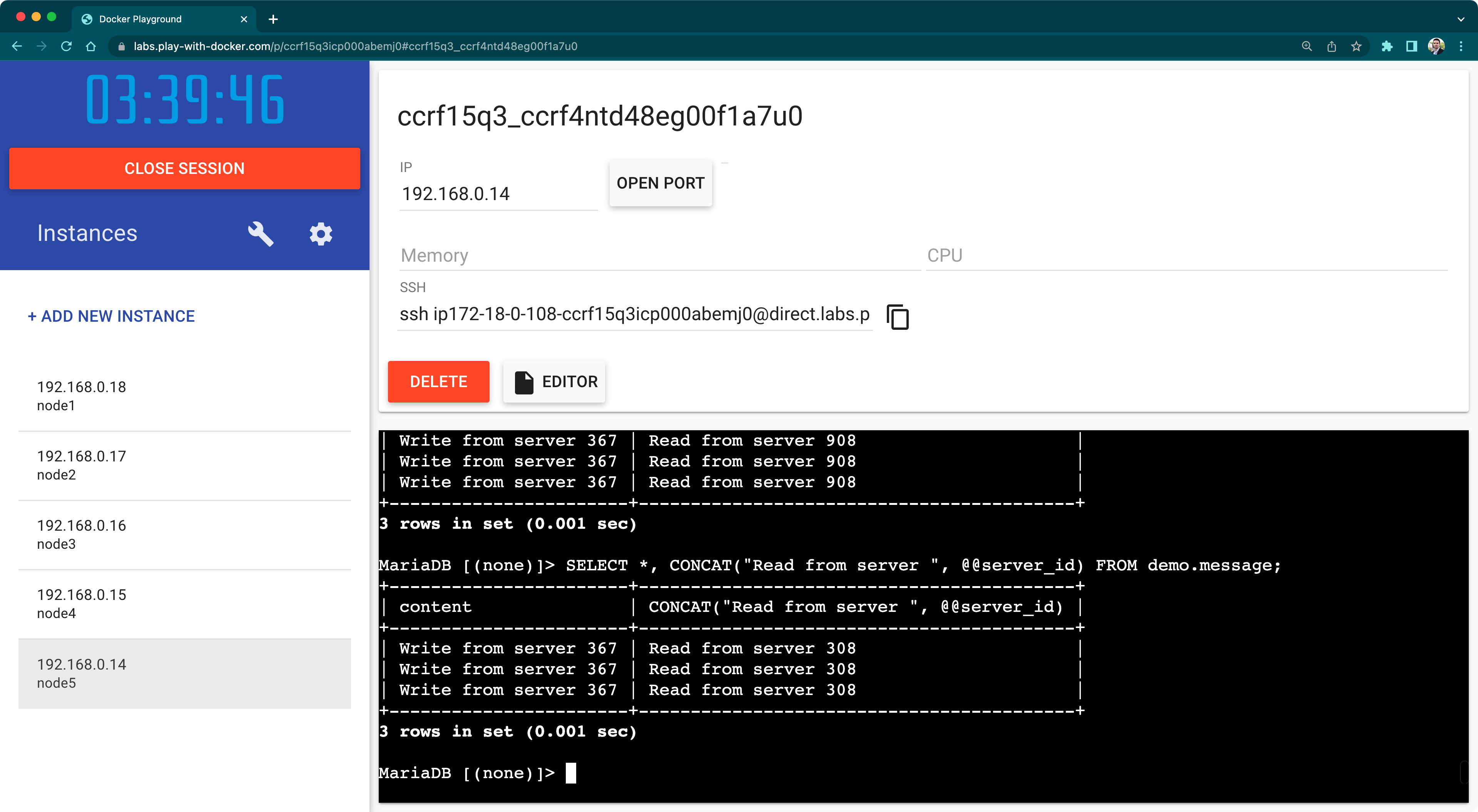 We focused on basic read/write splitting in this tutorial, but MaxScale can do much more than this. For example, enforce security to your backend database topology, perform automated failover, perform connection-based load balancing, import and export data from and into Kafka, and even convert NoSQL/MongoDB API commands to SQL. MaxScale also includes a REST API and web-based GUI for operations. Check the documentation to learn more about MaxScale.