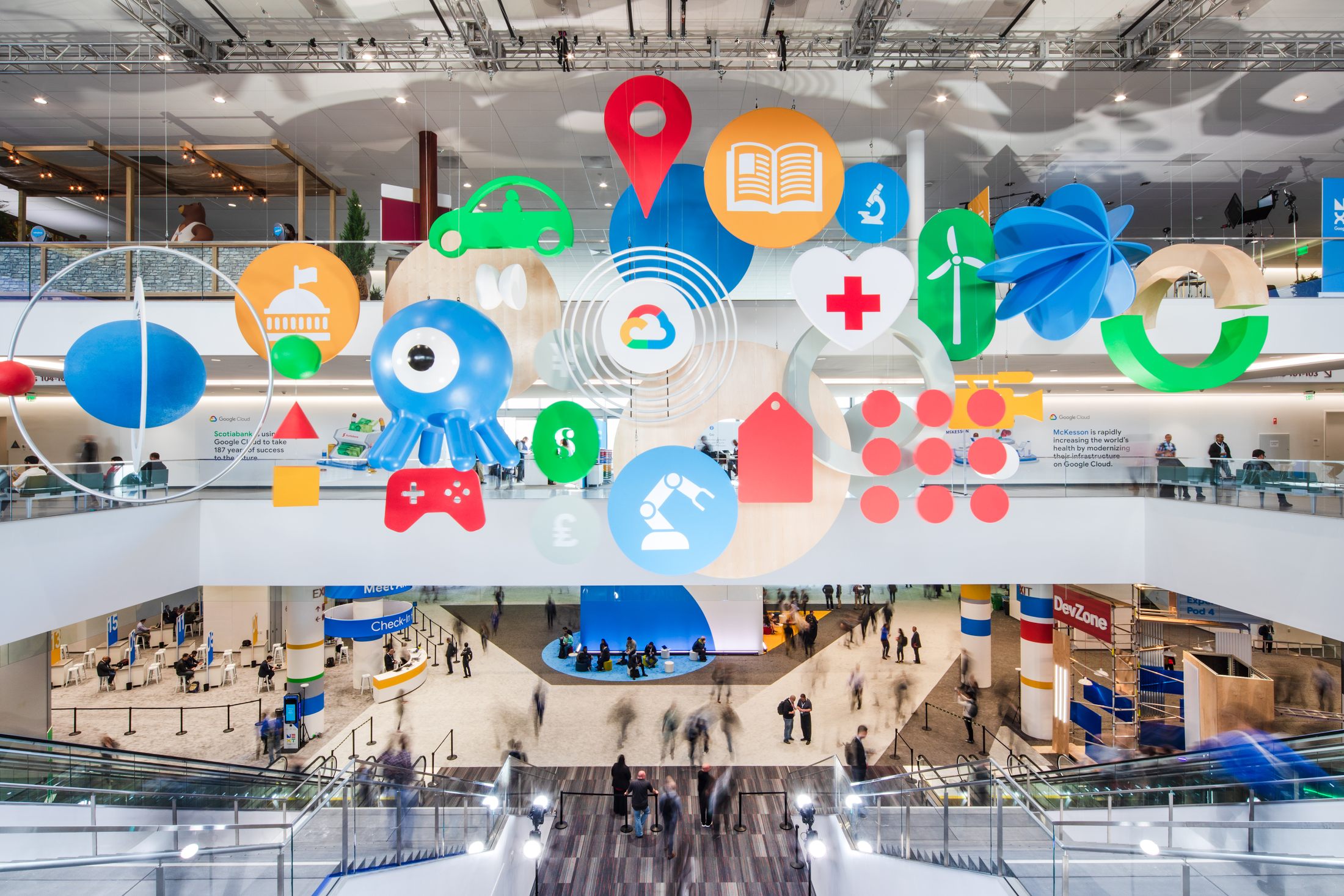 Inside the Moscone Center in San Francisco, the location of Google Cloud Next 2019

Google Cloud Next 2019, Google's annual developer conference, doesn't officially end until tomorrow, but most of the major announcements seem to have come out yesterday and today. We've gathered a few highlights as an overview.

Google Cloud Services Platform came out of beta with a new name: Anthos. Anthos will run on third-party platforms, including Azure and AWS — a major departure from the strategies of other cloud offerings. It's a managed service designed to help developers deploy in multiple environments. Enterprise customers have reported difficulties with multi-cloud and hybrid, and the Anthos launch is an effort to ease those pain points, according to Google's VP of technical infrastructure, Urs Hölzle.

A new suite of enterprise AI and machine learning tools was revealed, including products like Document Understanding AI for document analysis and Contact Center AI for improving customer experience. Both have entered beta.

"Many enterprises see the value in applying AI and machine learning to their business challenges, but not all have the necessary resources to do it," Google Cloud group product manager Levent Besik wrote in a blog post. "Businesses need a quick and easy way to bring AI to their organizations."

Google announced new partnerships with several open-source data analytics and data management companies, naming Redis Labs, DataStax, MongoDB, Elastic, InfluxData, Neo4j, and Confluent. It will offer these partnering products as managed services in the Google Cloud Platform, operated by the partners. (Full disclosure: Redis Labs is a current sponsor of DZone's Database Zone, and InfluxData is a current sponsor of the DevOps Zone.)

The move differentiates Google's treatment of open-source ecosystems from other cloud providers, particularly AWS. "It’s no secret that Amazon’s AWS cloud computing platform has a reputation for taking some of the best open-source projects and then forking those and packaging them up under its own brand, often without giving back to the original project," Frederic Lardinois wrote for TechCrunch. "There are some signs that this is changing, but a number of companies have recently taken action and changed their open-source licenses to explicitly prevent this from happening."