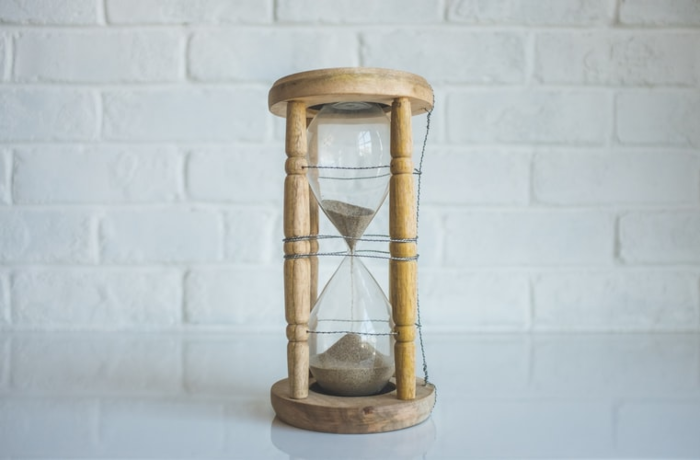 Watch out for your self-destructing apps!

Prometheus is an open-source system monitoring and alerting toolkit. Data related to monitoring is stored in RAM and LevelDB nevertheless data can be stored to other storage systems such as ElasticSearch, InfluxDb, and others, https://prometheus.io/docs/operating/integrations/#remote-endpoints-and-storage

Prometheus can have alerting plugins as well, which will notify interested entities on certain events, like a breach of some SLA( Service Level Agreement). In this post, we'll see how to configure Prometheus collectors and their use cases. 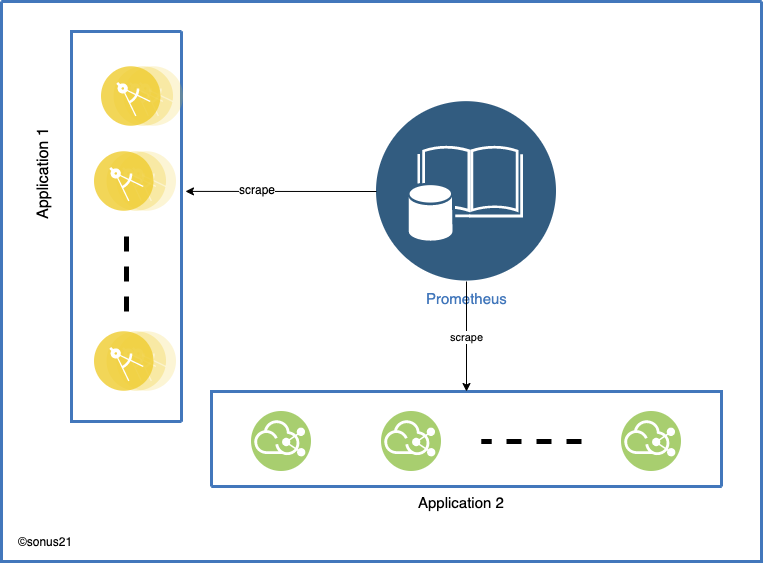 Once Prometheus is deployed it's configured to scrape data from some target, the specified end-point provides the metrics related data, it provides multiple configurations that can be used to scrape data from a specific server or set of servers. For example, we can configure to use EC2 config so that Prometheus can handle auto-scaling automatically. 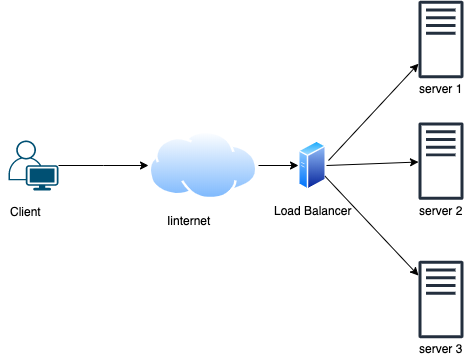 In the above picture, the client request goes through the internet and it reaches to load balancer that forwards the request to a specific server.

Each server handles the HTTP request differently depending on the application development programming language and server software like Apache2, Nginx, Tomcat, etc. There are two major designs, Muiltiprocess a server can have N number of application instances running in advance or also it can create a new process on the demand, due to the resource limitations on a server once a request is served application instance is destroyed (Python, Php, Ruby, etc applications).

Threading we have only one application instance and some N number of request handling threads each request is handover to one of the request handling thread given we have enough resources to serve a new request (Java, Go, Ruby, etc applications). Another one could be a combination of these two, in which we'd have some N (> 0) number of application instances running and each one can handle the request in a specific thread.

Events could be of different types like when an order is placed then a Serverless app would be created to handle fulfillment, AWS provides many ways to trigger a function call on different types of events like whenever some item is changed in DynamoDB then emit an event, on the addition of new item in SQS queue triggers a function, run a function at given time.

Once an event is handled by the function than instance can be terminated immediately or can be reused up to some time for example 10 minutes. Generally, developers do not have control over the serverless instance termination, like in HTTP request handling where a new process can be terminated once client's request is served.

Application those are created on-demand has a problem as data would be scattered across multiple instances and as we discussed instance would be destroyed at some point in time, which means data would be lost as well, otherwise, we would need some sort of aggregators that would aggregate data from these instances and store it in some common memory area. There're many ways to solve the second problem like Prometheus Pushgateway, Prometheus exporter. 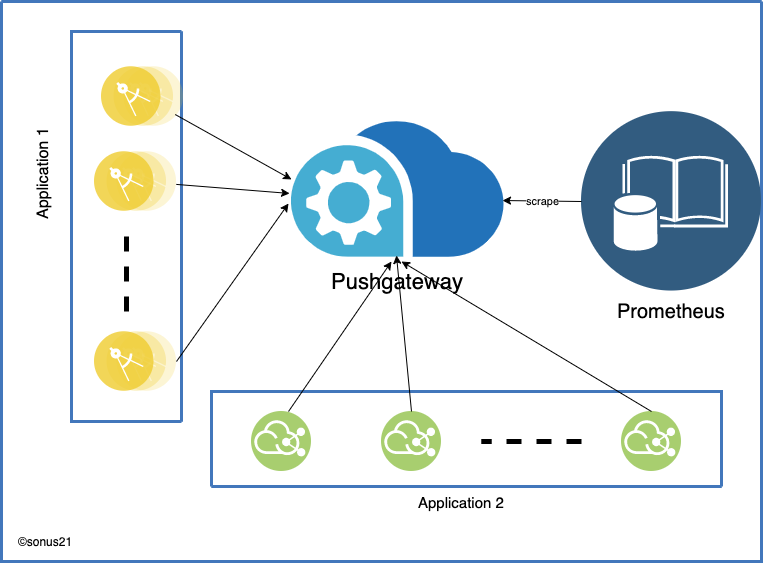 In the above figure, there're two types of applications Application 1 and Application 2. Either of them could be a serverless application or some Multiprocess web-apps.

Pushgatway stores data in its internal data store and that's scrapped by Prometheus as configured. It solves the problem of application data storage but this brings another problem single point of failure if only one instance of Pushgatway is configured.

By any chance, Pushgatway goes into a bad state like hardware failure, network issue from client to push gateway or it's unable to handle high throughput then all metrics would be lost. Pushgateway should be considered last resort in the deployment as explained in the doc

We only recommend using Pushgateway in certain limited cases. There are several pitfalls when blindly using the Pushgateway instead of Prometheus's usual pull model for general metrics collection:

Basically this should be used for serverless like application where new instances are launched and destroyed on demand, also applications those handles batch job.

Due to the above limitations, we should consider using other alternatives like Node exporter, StatsD exporter, Graphite Exporter. All these three exporters are deployed on the host machine along with application code and data is collected in the exporter instance. 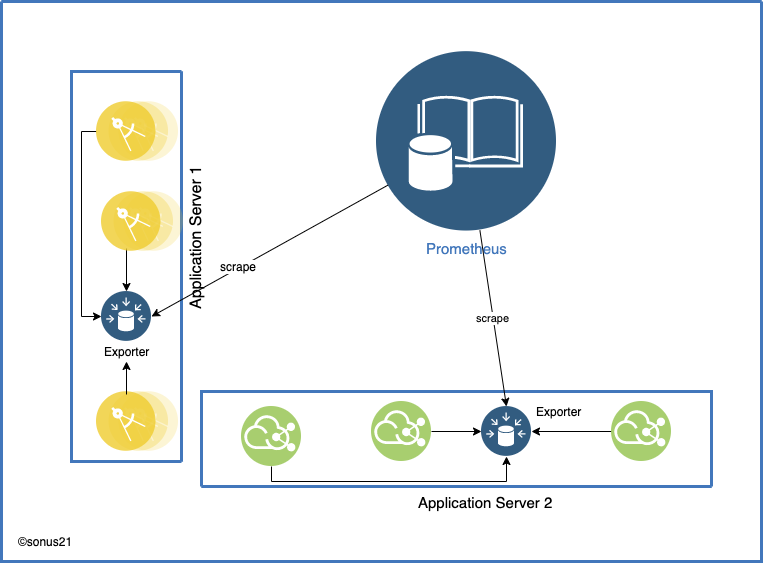 Node exporter is one of the recommended exporters as this can export host system details as well like ARP, CPU, disk utilization, Mem info, text-file. The text file is an interesting part of the exporters, as our application has to write data in the text file and this text file would be exported to Prometheus.

A text file must follow Prometheus text data formatting, application code would keep appending data in the text file and that would be exported by the exporter. To use it, set the —collector.textfile.directory flag on the Node exporter. The collector will parse all files in that directory matching the glob *.prom using the text format.

I would suggest using some library to communicate with StatsD exporter unless you're willing to take risks.

Graphite exporter is very similar to StatsD exporter but it speaks Graphite Plaint Text protocol. Any application's memory usage would keep increasing if it's not scraped for some reason, which can lead to OOM (Out of Memory) exception.

To avoid OOM metrics will be garbage collected five minutes after they are last pushed to the exporter nevertheless, this behavior is configurable with the  —graphite.sample-expiry flag.

Graphite also supports tagging/labeling of metrics as well, that can be archived by adding tags to a metric path as:

In that example, the series name is disk.used and the tags are datacenter =dc1 , rack=a1, and server=web01

Set Up and Integrate Prometheus With Grafana for Monitoring