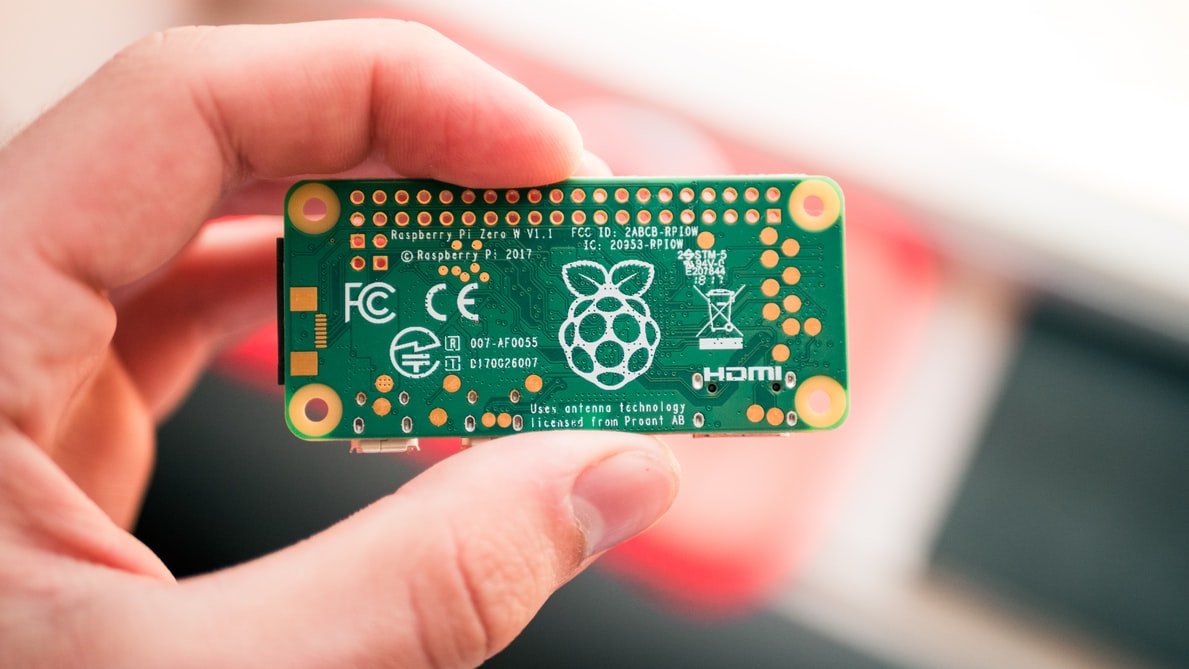 Learn how to build a dashboard based on Grafana that visualizes data acquired by sensors.

This Raspberry Pi IoT tutorial will build an IoT system that monitors sensors using InfluxDB, MQTT, and Grafana. In other words, we will build a dashboard based on Grafana that visualizes the data acquired by sensors.

You may also like: Playing With Docker, MQTT, Grafana, InfluxDB, Python, and Arduino

With this, InfluxDB stores the values read by sensors. All the systems exchange data using MQTT. The picture below better describes the whole Raspberry Pi IoT project.

The Raspberry Pi acts as a central server that runs the following components:

While the ESP8266 manages the sensors that send data using the MQTT protocol. These components run using Docker containers.

The picture above shows the components that will build this IoT project that are InfluxDB, Grafana, and Mosquitto. So, how do these components exchange data, and how are they connected? The picture below shows how to do it:

Let us start describing how this IoT system will work:

Now, we know all the components and the role they play we can build the system. First, we start building and configuring all these components.

During this tutorial, we will assume that Docker is already installed on your Raspberry Pi.

The first step is installing Mosquitto on Raspberry Pi. Just remember: Mosquitto is the MQTT broker. To do it, we will use Docker so that we can install all we need easily:

Wait until the download complete and then you can start the MQTT broker:

That's all. The MQTT server is up and running:

Once the Mosquitto is up and running, we can install and configure InfluxDB. As you may already know, InfluxDB is a time-series database where we can store data time-dependant.

Once the installation is complete, it is possible to start InfluxDB:

Just a few things to notice. In this case, we start the database as deamon and we create a volume to store the data in /var/lib/influxdb:

How to Create an InfluxDB Database and User

The next step is creating the database and the user that will access this database. The user will be used by Telegraf when it accesses to the database to store the data coming from the MQTT channel.

Next, let us create the database and the user:

With these few lines, we have created a database named sensors and a user with username telegraf and password telegraf.

It is time to install and configure Telegraf, the component that connects to the MQTT broker subscribing to the channel where sensor data is published and store this information into the InfluxDB.

Before using Telegram, it is necessary to configure it. The first thing is creating a default configuration that we will modify to adapt it to our scenario:

Now, it is possible to configure Telegraf. Open telegraf.conf and looks for mqtt_consumer and add/modify these lines:

Then, we need to modify the output section. Look for outputs.influxdb and add/modify the following lines:

Now, we can run Telegraf:

The last component we will install and configure is Grafana, the tool that creates the dashboard.

When you run the Grafana using Docker, there could be an error. If this is your case, you can follow this post:

Testing the Connection Between InfluxDB, Mosquitto, and Telegraf

Now that we have configured all the components, it is time to test if the connections are working. To do it let us start all the components if they aren't already running. Now, download MQTT.fx and install it. We will use MQTT.fx as a client that publishes data to the sensors channel:

Write in the message part the following message:

Using this message, we are adding a measurement of the temperature called temp with a tag name site equals to room1 and the value is 28. In this way, we are emulating an ESP8266 client that sends data to our MQTT broker:

Move to Raspberry Pi and check if the message has arrived and if the data is stored in the InfluxDB sensors database:

Everything is working!!!! Let's go the build our client using an ESP8266.

The last step is creating the dashboard using Grafana. The first thing is connecting to the web interface of Grafana using this link:

You will get this page:

An example of Grafana Dashboard using Temperature and pressure is shown below:

If you want to know more about connecting the ESP8266 to MQTT publishing temperature and pressure, you use one of the posts of this blog.

At the end of this post, you hopefully know how to build a Raspberry Pi IoT system by yourself. You can further expand this project by monitoring other physical quantities (humidity, light, and so on). You can even use this project to monitor other aspects and build your dashboards.

My Experiments With IoT: Meeting With Pi