Pivotal announced yesterday that Groovy 2.4 And Grails 3.0 will be the last major releases under Pivotal sponsorship. This is big news that has not surprisingly created a lot of buzz in the blogosphere. In this post, I describe some of the questions that others and I are wondering about and speculate on Groovy's future.

Groovy’s Future is in Doubt

Sadly, it appears at this time that is more likely than not that Groovy does not have a significant future ahead. It would seem that the developers of this program are going to allow it to rot away instead of taking any action steps to potentially stave off such an outcome.

It seems from the statements put out by Pivotal that they are likely to nix Groovy due to a general lack of use among its customer base and the inability of the company to keep up with everything that it needs to in order to continue to offer this service to those who are still using it.

We are sorry to say that it appears that Groovy is on its way out even though we don’t want it to be. Sometimes, that is just the way that these things go. 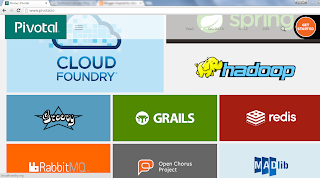 After reading multiple Reddit references to this announcement, my initial thought was to see what Guillaume Laforge had to say about this. Apparently, a lot of people had the same idea because I encountered a 503 error when trying to access his page.

Fortunately, I did not have to wait for Laforge's blog to be available to get more insight from him on this announcement because there were a couple of interviews with him regarding the announcement already online: Voxxed.com's Pivotal’s "Sad and Odd'' Decision to Set Groovy Adrift and InfoQ's Pivotal Pulls Groovy/Grails Funding.

Since that time, Laforge's blog is available again and has a post on the subject calledThe Groovy project is looking for a new home. Another person frequently and deservedly associated with Groovy, Graeme Rocher, has also posted on the subject: The Future of Groovy and Grails Sponsorship.

Laforge and Rocher were co-founders of G2One, which was acquired by SpringSource in late 2008. VMWare then acquired SpringSource about one year later (and VMWare had been owned by EMC since late 2003). EMC would later announce the spin-off of Pivotal in 2013 and Pivotal today announced the dropping of Groovy support as of 21 March 2015. 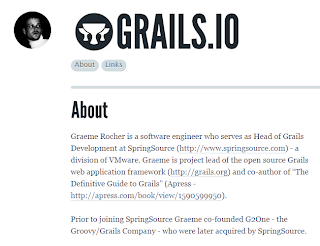 The posts referenced here in my post have collectively answered some of my questions about Groovy and at the same time presented additional questions.

Why is Pivotal dropping the financial support of Groovy and Grails?

Answer: Pivotal's announcement: "The decision to conclude its sponsorship of Groovy and Grails is part of Pivotal’s larger strategy to concentrate resources on accelerating both commercial and open source projects that support its growing traction in Platform-as-a-Service, Data, and Agile development.

Pivotal has determined that the time is right to let further development of Groovy and Grails be led by other interested parties in the open source community who can best serve the goals of those projects."

Speculation: Many organizations benefit from Groovy and Gravy, but many probably aren't prepared to invest as fully in their development as G2One, SpringSource, VMWare, and even Pivotal have been. An example of an organization with an obvious vested interest in Groovy's future is GradleWare. Ken Kousen has tweeted and written a blog post on the opportunity of acquiring Groovy and Grails sponsorship.

What does this announcement mean for Groovy's future?

Answer Mixed with Speculation: Based on Laforge's and Rocher's posts, it seems clear that the core developers plan to continue working on Groovy. However, it is understandable that if this effort is not funded (sponsored), it will have to be at a slower pace than before (I have found through personal experience that home projects take a lot longer to complete than paid projects).

I believe that Groovy has strong momentum already that will continue for some time. It is vital to Gradle, is used with other open source projects and tools such as SoapUI, and could have a promising future running on Android. I primarily use Groovy for scripting and simple "glue" tools in Java applications. The language is mature and serves these purposes well and I see no reason to stop using it at this time.

What does this mean for the future of the Spring Framework?

Speculation: There is some concern that perhaps Spring Framework could be jettisoned next from Pivotal. This seems unlikely to me, but I didn't expect Pivotal to drop Groovy either. As much as I love Groovy and as much effect on Java and JVM development as I acknowledge it has had, I think Spring Framework has been even more pervasive in Java EE development than Groovy and Grails have been in Java SE and Java EE development.

That stated, Pivotal has shown that they are willing to, as most successful businesses are, drop a product offering that is perceived as not benefiting their strategy and bottom line. I can certainly understand if this development concerns users of Spring.

Is Standards-Based More Important than Being Open Source?

Answer: This is a difficult question to answer that often depends on numerous contextual factors including the tools being compared, the expected length of life of the products being built, etc.

Fortunately, we often don't have to choose between these as many reference implementations in the Java world are also open source. However, a point can be made that any product that is not standard (including commercial or proprietary) is subject to losing support or not being available any longer.

Although I understand Pivotal's motivation for dropping Groovy, I am still sorry to hear that news. I appreciate the effort that key Groovy contributors such as Laforge and Rocher have made and I appreciate the companies that have sponsored that work.

Through this sponsorship and work, we have a really nice language to use for scripting and other purposes. I hope that a sponsor can be found for Groovy, but I plan to continue to use it either way.