xdStreaming is not a new concept. It has been a very common requirement in programming; however, it is normally under-appreciated and not discussed as frequently as it should. I was watching the movie “source code” (2011) then it suddenly clicked me and I was able to connect the dots. Although the movie was about time-stream which they were replaying to undo an accident in the past its not much different from the topic in this post.

I will try to keep the details simple and hopefully, after reading this post you will have a better understanding of it. Once you get the hang of streams, you will see their usage in many places and will be able to harness its power in your projects.

I am also assuming you have basic knowledge of Node.js and if you want, you can read my other articles on that topic. Let's start.

Before we continue with the theory and details behind streams, let's see a very simple example:

Scenario: You want to send a file from a web server to a client (browser) in an efficient manner that will scale up to large files. 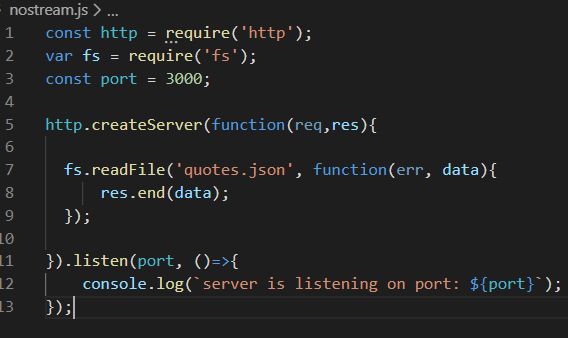 Here we are using readFile function which is non-blocking but this will read the entire file into memory. This part can be easily improved by using streams. See example below: 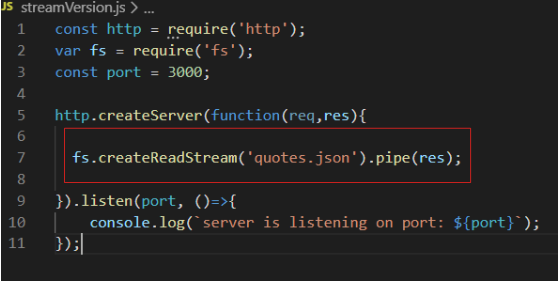 This example is more efficient. Now instead of reading the entire file into memory, a buffer’s worth will be read at a time and sent to the client. If the client is on a slow connection, the network stream will signal this by requesting that the I/O source pauses until the client is ready for more data. This is known as back-pressure. We can take this example one step further and see how easy it is to extend the stream. We can easily add compression. See Next example: 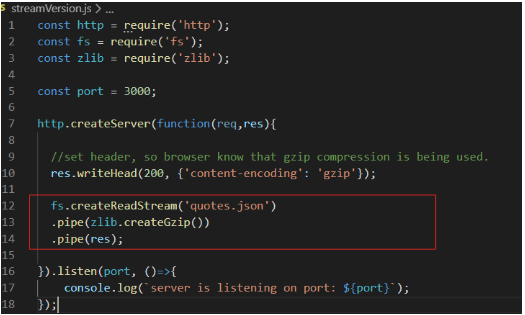 This can be expended in many ways. e.g. file can be first piped through HTML template engine and then compressed. Just remember the general pattern is readable.pipe(writable). 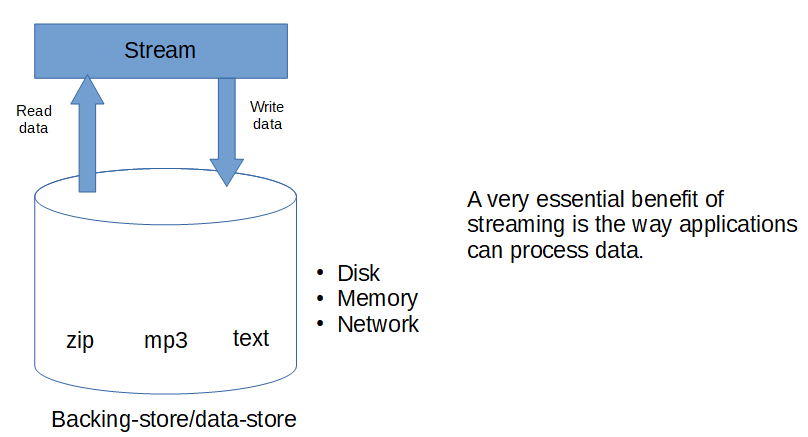 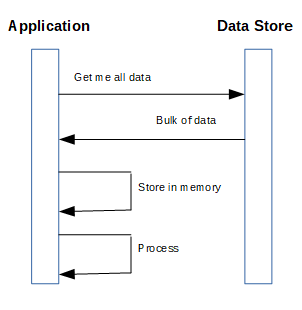 Now see what a stream-based data consumption brings to the table: 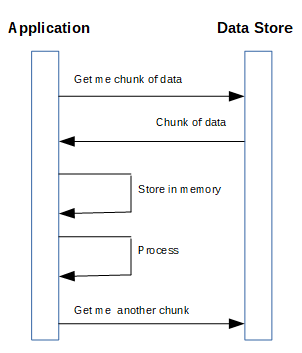 What About Memory-Based Streams

Ok, now we have a general understanding of streams and its benefits, let's see structure and usage of streams in Node.js.

Let's see another example of streams. The code is self-explanatory and if something is not clear please ask in the comments. The example downloads a web-page and makes a count of a specific word. 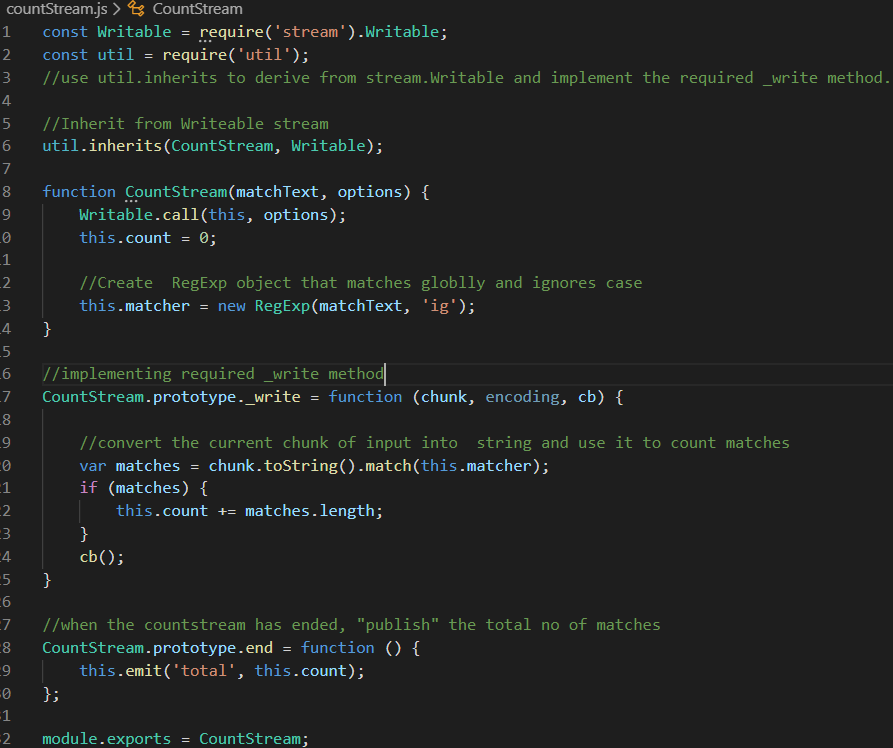