Docker is the hottest platform around the world for software-powered organizations now. Docker is making a lot of buzz because of its incredible features that set apart from any other software tool that exists currently.

Developers and sysadmins around the world now know how headache-free Docker is. Its usage will significantly reduce a lot of mundane tasks and speed up the software development process. With the introduction of containerization and microservices, Docker usage has grown exponentially. Watch this trend for the keyword "Docker" below: 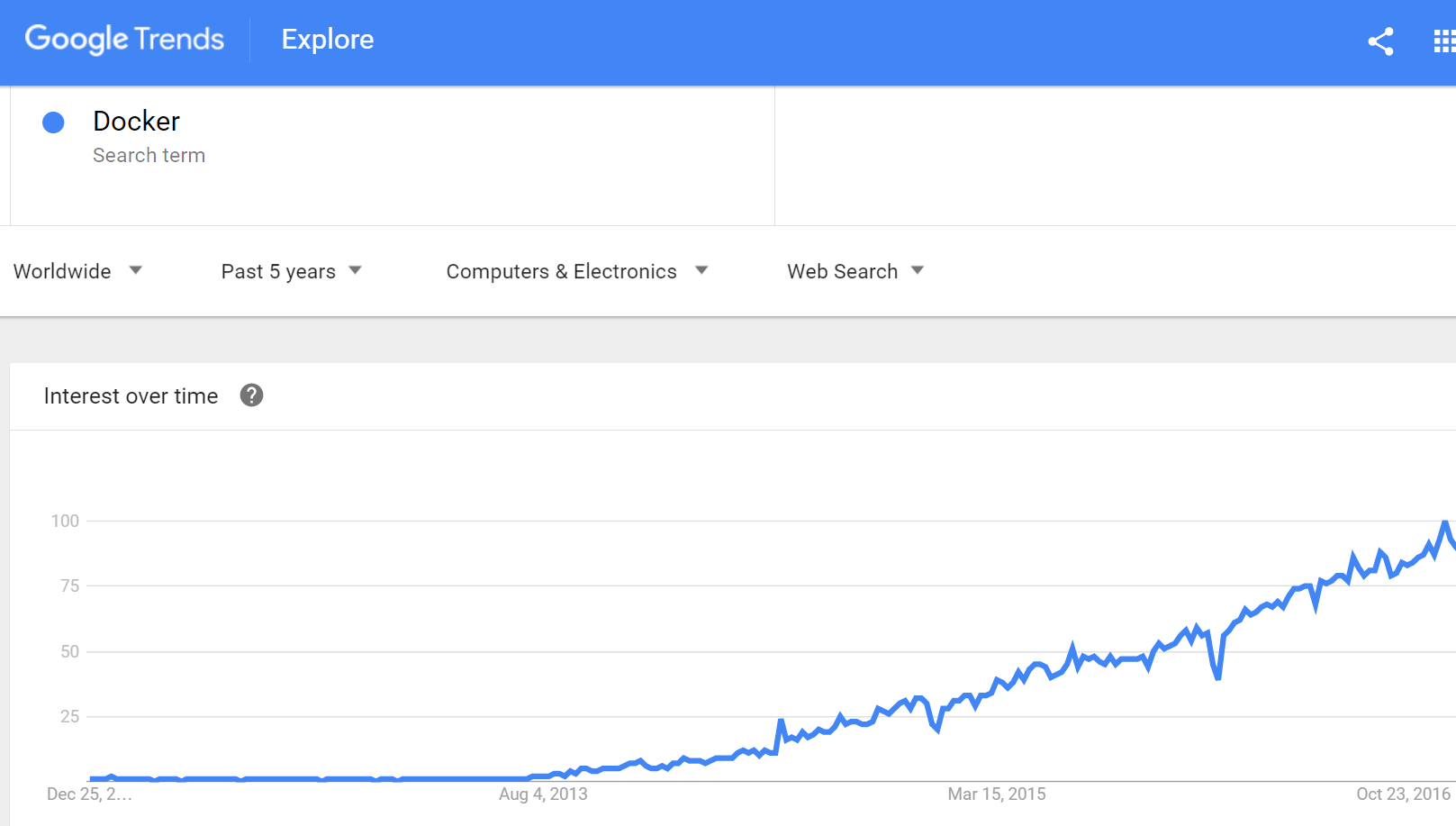 Docker is an open platform for developing, shipping, and running applications. You can develop applications very fast and deploy them fast. Using Docker, it is easy to create required services separately and manage them as microservices without affecting other services.

This is one biggest advancements in the software industry where we used to have big, monolithic code. Now, the biggest piece can be divided into separate services and managed easily using Docker.

So, want to know how it all starts? Take a look below. Let's say that we have some microservices that are independent.

This is a brief explanation of how to deploy microservices using Docker. This is the reason why many software-powered organizations are moving from monolithic code bases to microservices architectures.